You are here: Home / Featured / Gravity and Levity in Music 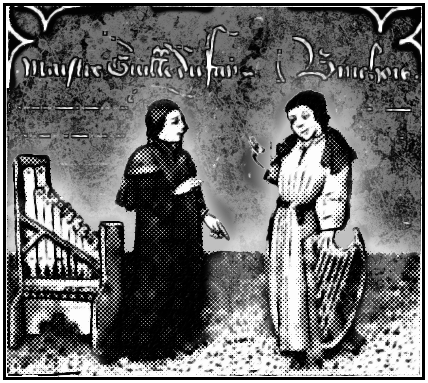 Readers please note that the purpose of this piece is to offer food for thought more than to define an element or draw a conclusion and your comments are welcome. This is a discourse in music theory although scientifically very soft. The point is simply to better understand the complex nature of what we hear in music.

What is Gravity and Levity in music? Gravity/Levity, or the Gravity/Levity factor (G-L factor), is similar in concept to weight. This article will deal with the concept of Gravity/Levity in terms of harmonic content but other aspects of music can have significant bearing on the G-L factor: timbre, tessiatura, a variety of techniques of orchestration, to name a few. Harmonically speaking, the more gravity a musical element has, the more of a tendency it has to pull downward. The more levity a musical element has, the more of a tendency to pull upwards. Likewise, gravity has a tendency to anchor while levity has a tendency to propel.

Before one associates good or bad, positive or negative attributes to these, one should consider that each has its value and purpose. The two terms are relative to each other and therefore related to each other, indelibly connected. Each relies on the other to define their position; each holds the other in place. They are part of the more complex concept of tension and release (not to be confused with the same) that is the basis of any art form connected with time (music, dance, theater, literature, etc.)

What is said thus far is in general terms. What can we see and make use of in music to identify the gravity, levity or the G-L factor in music?

We can find various ways to relate gravity and levity, perhaps even measure them. Since these are relative terms, we could benefit by establishing a focal point or base. This could be used as a basis of comparison or could be an element to deviate from and return to. This focal element can be any number of things:

Such a zero point could be moveable or could define different G-L factor scales in much the same way temperature is measured in Fahrenheit or Celsius. Before trying to explore or identify such focal points, let’s look at what musical elements might denote gravity or levity.

Likewise, “suspensions” pull downward while “anticipations” pull upward. Take a moment to look at the 4-3 suspension and the 7-1 anticipation in a major key. The combination of these two elements denotes the resolution of the tritone, a familiar element of tension/release in Western functional harmony. It is easy to see how gravity and levity can work together to create tension and release. At the same time it is easy to see the difference between gravity/levity and tension/release.

Functional harmony, as defined in the Baroque era and carried through to today in many musical styles, tends to move. It wants to change direction, to pull one way or another, and to return home. Many styles of music veer from this train of thought. Some rebel against it while others never went there at all. While the functional pull of harmony is present in nearly everyone’s thinking, some musical elements relate to each other in a more or less static nature.

Before the dominance of major and minor keys, there were scales of a different and perhaps simpler nature, the diatonic modes sometimes referred to as the Church modes. These modes can be found in the music of medieval and Renaissance Europe, as well as in folk music throughout the world and in modern jazz and popular music.  There are numerous scales other than the familiar major and minor and there are styles that use a freer interpretation of harmonic progression, not as attached to the Dominant/Tonic relationship of what we know as functional harmony.

There are as many scales to be found as there are possible combinations of whole steps and half steps (not to mention microtonal intervals). For the purposes of comparison in relation to gravity and levity, these modes offer an established  model of comparison for measuring the G-L factor of many elements of music.  Read more in this article, “The Seven Diatonic Modes: an established system for comparison“.

Scales that use the Augmented 2nd

There are scales found throughout the world that include a lowered scale degree below an adjacent raised scale degree (e.g. B-flat to C-sharp). Taken out of context, this sounds like a minor third but in the context of the scale it is a part of, the interval is an “augmented second”. Drawing a line geographically  from somewhere in Italy to somewhere in Sweden, and and traveling east of that line, one will start to find such intervals in scales as common place, even examples of scales with two augmented seconds.

Please note that you find this interval in Western Europe and it’s former colonies in the use of the harmonic minor scale. However, its application is not the same. In Western European functional harmony, the use of a raised 7th scale degree in minor keys is actually an altered tone, a leading tone used to strengthen the dominant/tonic relationship.  The raised seventh predominantly resolves to the tonic. But in the scales that natively include one or more augmented 2nds, the scale degrees are not attached as strongly to that rule of resolution. Melodies in such scales frequently move back and forth across the augmented second, even trill on that interval, treating it as any other interval in the scale. Yet, it must be noted that although such use of the augmented second is not for the purpose of strengthening a dominant/tonic relationship, there exists a G-L relationship that pulls these scale degrees to their outside neighboring tones.

In scales where the augmented second is native, the connection between gravity and levity is stretched like a rubber band. In terms of measurement, we have a mixture that is too colorful to be summed up as the average of the two. It is certainly an element of tension but without the often-accompanying release. If G-L factor is to measured or intuitively understood, there must be a method to acknowledge such stretches of polarity.

Being at a loss for words, these terms are used to describe an assortment of scales that don’t fit into groups of like scales. (Please correct me if any terms are not correctly used here.)

Whole Tone Scale – I choose to mention this scale here because I consider it to be a scale of immense levity, perhaps more levity than any other scale. When played ascending, it seems that every note pulls upward toward the next until it reaches home at the tonic (‘tonic’ not being determined harmonically but rather by frequency of use and location in phrases, etc). When played descending, it seems as through it is floating like a parachute.

Locrian Mode – mentioned earlier, this holds a great deal of gravity due to its lowered 2nd and especially the lowered 5th degree.  The Super Locrian Mode, a variation used in jazz improvisation, is an interesting example of give and take as far as the G-L factor is concerned. Spelled C-Db-Eb-Fb-Gb-Ab-Bb-C it is a Locrian mode with a flatted 4th. However, it is interesting in terms of G-L perspective because due to it starting out dense and heavy at the start, there is extra room at the top where it seemingly ends like a Whole Tone scale. This is contrary or opposite of the spread of intervals in the harmonic series, the most natural arrangement of pitches to our ears, where as notes ascend, they get closer and closer together. This reversal of expansion as the scale ascends heightens the sense of density when played lower in the scale yet heightens the sense of expansivity when played higher in the scale.  This idea of Density/Expansivity or D-E Factor is similar to the G-L Factor and is so closely related that it is nearly the same.  D-E may be one way of viewing the concept of the Augmented 2nd used in some scales and is certainly apt in describing fretmapping patterns that use dense lower intervals and wider upper intervals (quite useful in jazz). The larger the D-E factor value, the greater the deviance from natural D-E factor of the harmonic series.  More to think on!