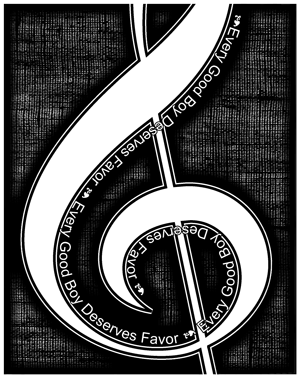 Steve sought to set a course, to find a path. After a year of stumbling in college, he decided to quit his 50hr/week job and move to Denton to test the waters of the music scene. He streamlined his schedule and started with the absolute, most basic music class offered by the renowned School of Music. This was in keeping with how Steve first learned to talk, so it might just work.

A couple of earlier years had been spent learning saxophone and Steve had a faint memory of how to read treble clef. Aside from that, all of Steve’s music experience was by ear and pretty much self derived. Steve was no longer Big Man On Campus. In fact he was just a drop in the bucket at freshman orientation, about to be poured into the stream.

At North Texas, Steve found many intrigues, friends with many interests, comrads, mentors, and lots of hard work. This was a gold mine.

Story continued with From Cage to Binchois–Early too Late…

As you may have heard, Banter was purchased by new owners who are renovating and changing the … END_OF_DOCUMENT_TOKEN_TO_BE_REPLACED

Oui Bis loves playing on some Saturday mornings at the  Denton Community Market, a producer-only … END_OF_DOCUMENT_TOKEN_TO_BE_REPLACED