…continued from From Cage to Binchois–Early too Late 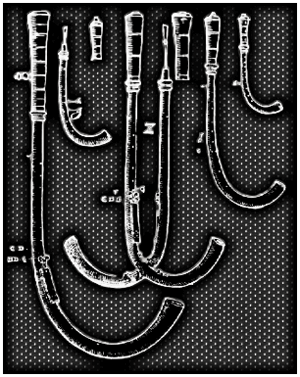 Steve always took his musical pursuits seriously, a stanse that could have served all better if relaxed just a bit. Playing in Renaissance groups here and there took a new twist when one such band brought him to the Renn Faire circuit. Playing at a Renaissance Faire meant being an entertainer and the difficulty of what you did or how well you did it was not a primary concern. It mattered little at all, indeed, it was of little consequence if what you did was music or acrobatics, magic or sword play. The first priority was how to catch and keep a crowd’s attention.

Steve struggled with this for the first full season. At the end of about seventy shows, a wonderful realization fell upon Steve for the first time in his musical life: that if even the very worst happened while on stage, ten seconds later it amounted to little or nothing. Music and time flowed like water. Water off a duck’s back or water under the bridge, there was no hanging on to it save to harbor a painful grudge directed inward. This was an immensely practical and liberating awakening. So Steve became free to be what he was there to be. Performance didn’t have to reflect the truth of his being. Joy and art are treasures not joined at the hip but rather are fluid to move in sync, free to meet and separate and meet again. So Steve came to learn the supple dance of art and self and the distinction between entertainment and academics was in no way a hint of irreverence.

Story continued with Enter the Banjo…

A Creative Art STUDIO, a retail Art Gallery and working studio opened in Denton, Texas in the late … END_OF_DOCUMENT_TOKEN_TO_BE_REPLACED