…continued from The Neighbor’s Trash Heap 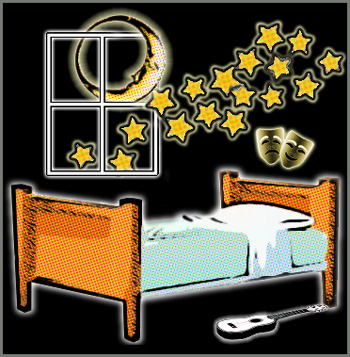 Steve had always loved music. Working through the painfully tedious process of learning a handful of chords, he had now learned to love to play as well.

Snug in his bed with the lights out, Steve waited for his father to come tell him his routine bedtime story. All the wonder of discovery that began with the reclaimed ukelele and developed under the tutelage of Mel Bay in print suddenly was shattered in the haven of security that Steve had known as his bedroom. With the sound of shattering plastic beneath the foot of a tired, loving and somewhat inebriated father, Steve experienced dread as he never had before. Shock and terror melted into despair which settled into profound sadness, as he grieved of the loss of this magnificent prize.

But as one door slammed shut with a crash, so another opened, for it was only a few days until his next birthday when Steve graduated to a real instrument and another challenge to conquer, a guitar! Real wood, more strings, a larger body with a richer sound, new strength required, and of course another Mel Bay book.

Rawson's BBQ is now Tailgater's BBQ and under new ownership. We wish Tailgater's all the luck in the … END_OF_DOCUMENT_TOKEN_TO_BE_REPLACED

Oui Bis loves playing on some Saturday mornings at the  Denton Community Market, a producer-only … END_OF_DOCUMENT_TOKEN_TO_BE_REPLACED